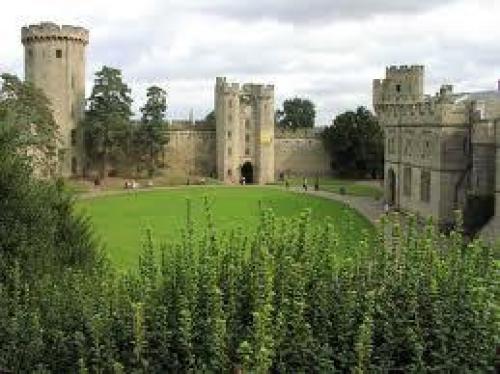 Bed and Breakfast near Warwick Castle Only 9 miles outside of Stratford-upon-Avon.

Warwick continues to impress visitors year on year with its contribution to British History. the small, saxon settlement was founded in 914 AD by the daughter of Alfred the Great, Ethelfleda. Defense was built around the town after fears of Danish invasion. This, however, was burnt down by the Vikings in 1050 and it was William the Conquerer who created the motte and bailey fort in 1068 that we now know as Warwick Castle.

Another contribution to Warwicks history is the Great Fire of Warwick. On 5th September 1694, an accidental spark believed to be from a carried torch, initiated a fire that enveloped Warwick for six long hours. The extensive damage was on the whole caused by the closely situated wooden housing, a south westerly breeze and a lack of fire-fighting resources. This directly affected 250 buildings and livelihoods as well as burning down St Marys Church. Warwick has become a thriving town in its own merit and has attracted people from neighbouring areas for several centuries.

Other than the castle, Warwick is also well known for its Lord Leycester Hospital Founded in 1571 by the Earl of Leicester, Robert Dudley, its cause was to provide housing for wounded servicemen under the reign of Queen Elizabeth I. Interestingly, it is not, and never has been, of medical association and instead adopted the age-old definition of hospital;charitable institution for the housing and maintenance of the needy, infirm or aged .

Warwick Castle In an attempt to gain dominion over the Midlands, William the Conqueror ordered a wooden motte and bailey castle to be built in 1068, now known as Warwick Castle. Situated alongside the River Avon, it boasts 64 acres of beautifully well-kept land and, if you are up to the challenge, 530 steps up to the top of the towers in return for a stunning 360 degree view of Warwick. The 11th Century castle is also home to the World's largest trebuchet and over 300 dungeons. Nearly 200 years after its construction, the castle was renovated and built in stone to become a square keep castle which was completed in 1260. It is now no longer a castle of defence but an attraction maintained by The Merlin Entertainments Group. It celebrates and reenacts what life on a daily basis would have been like:offering ominous dungeon tours, jousting tournaments and the firing of the infamous trebuchet, and has become a popular day out for both locals and visitors alike. click here for official website

thanks - thank you for a lovely stay
S - END_OF_DOCUMENT_TOKEN_TO_BE_REPLACED