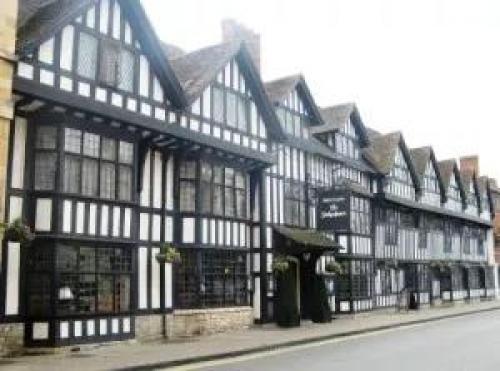 Bed and breakfast in Stratford upon Avon Attracting over three million tourists a year, Stratford-upon-Avon certainly has a lot to offer. Its name dates back to Saxon origins with Ford meaning road and Avon meaning river, and so straet-ford avon eventually evolved to become Stratford-upon-Avon. But often what is more interesting is how it evolved to become the picturesque town that it is today. The majority of Stratfords tourist trade was of course encouraged by William Shakespeares poetry, and even more so upon his death in 1616.

In 1769, David Garrick organised the first of many Shakespeare Birthday Celebrations which is a whole week to honour, appreciate and commend the works of Shakespeare and his contribution to world poetry. This is still a very strong and proud tradition that Stratford holds each April.

The Shakespeares Birthplace Trust began in 1847 and they began with their first of five houses, Shakespeares Birthplace, which sold for £3000. This was set up after belongings of William and his family were being vandalised to be sold for souvenirs i.e. wood off the chair in which he wrote, and has continued to be one of the most successful, non-governmental organisations that runs solely off donations. However, Stratford has more history to offer than just William Shakespeare. Stratford was also home to the founder of Americas Harvard University, John Harvard, who grew up in Harvard House located on the High Street which dates back to 1596. Stratford was also initially a market town. As there were few shops then, most goods were bought and sold via street stalls and a traditional farmers market was held weekly on Rother Street, dating back to 1196. This was also where the wool trade boomed, as with many towns, and it was here that the sheep were sold for slaughter or wool. This is where Stratford - Sheep Street dates back to with the trade continuing right up until the end of the 19th Century. Today, a farmers market is still held on Rother Street which resonates how Stratford remains true to its history and traditions. Aside from being renowned for its proud connections with the bard, it is still a picturesque town that lies on the River Avon with plenty to explore, whether it be Shakespeare related or not.

thanks - thank you for a lovely stay
S - END_OF_DOCUMENT_TOKEN_TO_BE_REPLACED